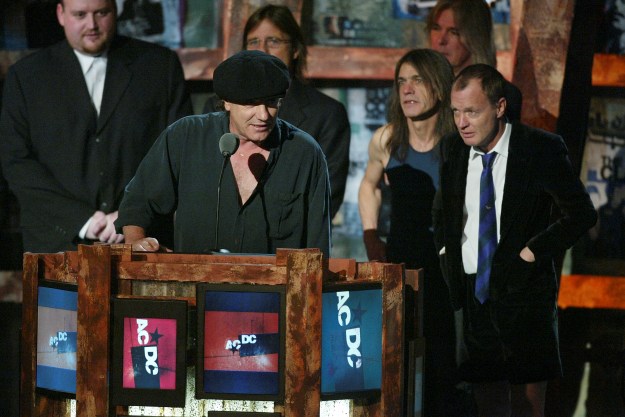 AC/DC fans may have to wait a little longer than expected for a new album after Malcolm Young quashed any hopes raised by singer Brian Johnson's recent comments about the band returning this year.

Johnson had earlier hinted that the band could return with new material as early as this year but in a new interview with Classic Rock Magazine, Malcolm suggested that the singer's comment may have been a touch premature.

"You know what Brian's like," Young told Classic Rock. "He just says things and then walks away. It'll be a little while - a year or two anyway.

"I've been doing some jamming on some song ideas but I do that all the time, as do the rest of the band," Young continued. "We are still working. But we had a long rest between 'Stiff Upper Lip' and 'Black Ice,' so I think we need a couple of years to recuperate and work on it a bit more."