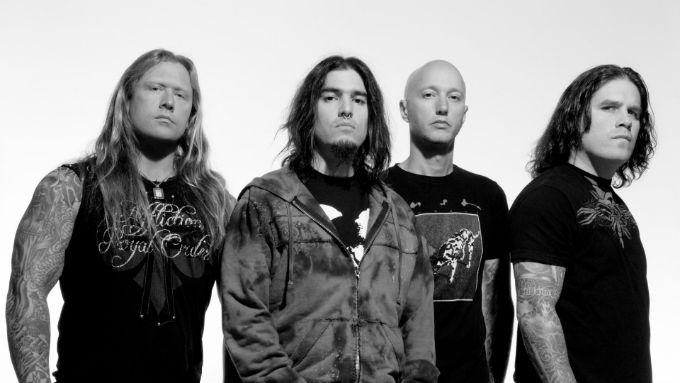 Omnibus Press has announced an October 15th release date for 'Inside The Machine', which is said to the world's first biography on Oakland metallers Machine Head. Written by British rock author Joel McIver, whose books to date include "Justice for All: The Truth About Metallica", "Crazy Train: The High Life And Tragic Death Of Randy Rhoads", "Glenn Hughes: The Autobiography", "To Live Is To Die: The Life And Death Of Metallica's Cliff Burton", "Overkill: The Untold Story Of Motörhead", "The Bloody Reign Of Slayer" and "Unleashed: The Story Of Tool" - "Inside The Machine" details "the rise, fall and rise again of the Grammy Award Nominated Thrash Metal band.

Machine Head was formed by frontman Robb Flynn after he requested to start a side project whilst still part of Vio-lence his previous band. When his request was turned down, he left the band and formed Machine Head in 1992 with Adam Duce, Logan Mader and Tony Constanza. Though the band's first album, Burn My Eyes, was a big success in Europe, they would not achieve mainstream recognition until later albums.

Machine Head's new album, "Unto The Locust", sold more than 17,000 copies in the United States in its first week of release to land at position No. 22 on The Billboard 200 chart - putting them in the Top 25 for the first time in the band's 17-year history.

Machine Head have now sold more than 2.4 Million albums worldwide since their album debut in 1994.

Listen To 'Locust' Below.