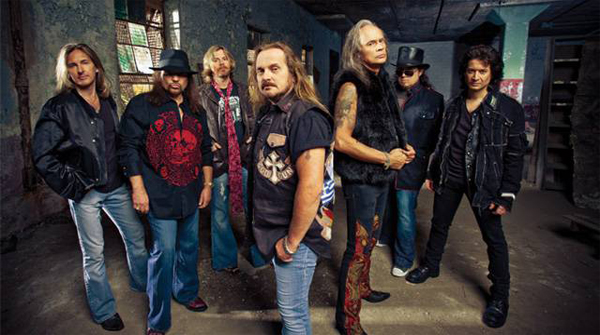 Southern Rock legends Lynyrd Skynyrd will return to the UK inNovember for a clutch of dates in support of forthcoming album,'Last of a Dyin' Breed,' which will mark the bands fifteenth studiooffering.

The band performed a trio of sell-out shows in June at London'sfamed Hammersmith Apollo, the Clyde Auditorium in Glasgow and theManchester Apollo.

The band's new album, 'Last of a Dyin' Breed,' will be releaseddigitally and via a Classic Rock 'fanpack' edition August 20th. Thephysical release will follow four weeks later on September 17ththrough Roadrunner Records.

Tickets go on sale at 9am on Friday the 20th of July, priced£38.50 adv and £45 regionally, and London £40 adv and £45, and willbe available from www.ticketmaster.co.ukand on www.livenation.co.uk.