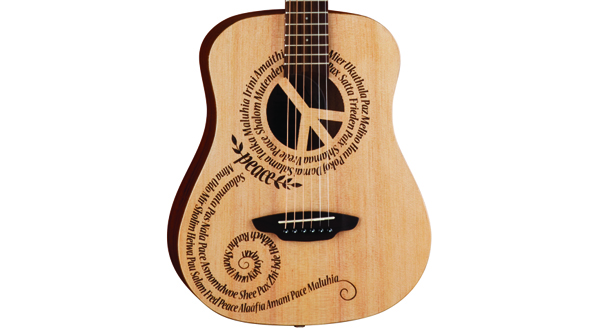 Now through September 21st, Luna Guitars is calling on 1 million people to be an “Instrument For Peace” in support of the “International Day Of Peace” as established by the UN General Assembly. Luna to subsequently share responses with the UN committee on World
Peace.

The “International Day of Peace” was established in 1981 by the United Nations General Assembly to coincide with its opening session, held annually on the third Tuesday of September. The first Peace Day was observed in September 1982. “Luna’s “Instrument For Peace Campaign” was inspired by the UN event and was created to engage and connect with customers in things important to them”, says Dennis Stafford Marketing Director for Luna Guitars, “The Luna customer is passionate about music AND making the world a better place. Once we learned about “Peace Day” it was apparent that this could be something of real interest to our customers.”

Participation can be as simple as posting a message of peace on the Luna Guitars Facebook page or, for
those wanting to get more involved people are invited to visit the “Instrument Of Peace” page found on
lunaguitars.com.

We invite everyone to join us in turning The UN Day Of Peace on 9/21 from a noun to a verb. Join us in attracting a million voices to help inspire the cause of peace in the world today.