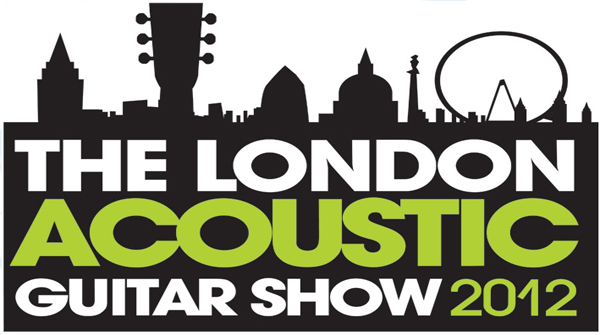 The LondonAcoustic Guitar Show has pulled out all the stops tobring some of the world's greatest acoustic guitarists andbest-selling singer-songwriters together for a weekend ofexceptional acoustic music - a one and only chance to watch theseworld-class artists perform on the same stage over one weekend.

There will be many treats for visitors across the weekendexclusively to the London Acoustic Guitar Show, including GrantNicholas performing a back catalogue of Feeder songs. There is alsoa very special live performance and Q&A with Laurence Juber onSunday 23rd September. Patrick James Eggle will be in attendance onthe North American Guitar Stand alongside Andy McKee who will bedemonstrating Greenfield Guitars.

"We wanted to go the extra mile for 2012 - and that'sexactly what we've done. We've gathered some of the world's finestacoustic guitar players and put them all under one roof. It's notoften that happens, but on September 22nd and 23rd we've made itso," says Acoustic Magazine Editor and show organiser, GuyLittle.

"We've been overwhelmed at how much industry support we'vehad for this show which is evident in the quality of the exhibitorsthat'll be appearing alongside the artists. Big names includingTakamine, Martin Guitars, Taylor Guitars, Elixir Strings, GuitarGuitar and many more. This is the biggest and best acoustic show inthe UK and it's only £15 - what a bargain!" Visitors should movequickly to secure tickets for this event with a line-up not seenanywhere else."

Looking forward to the future of the London Acoustic GuitarShow, Guy Little states,

"It's a step in the right direction for The London AcousticGuitar Show and Acoustic Magazine, setting a real benchmark for2013's show. Watch this space".

Theshow invites an enthusiastic audience, both young and old, throughits doors to be a part of the wonderful world of acoustic guitarsand music. With inspiring Main Stage performances, informativeclinics in the Masterclass Suite, introductions to the futuretalent on the Acoustic Café stage and an impressive display of gearin the exhibition hall, this is the only UK show dedicated to theacoustic guitar lover.