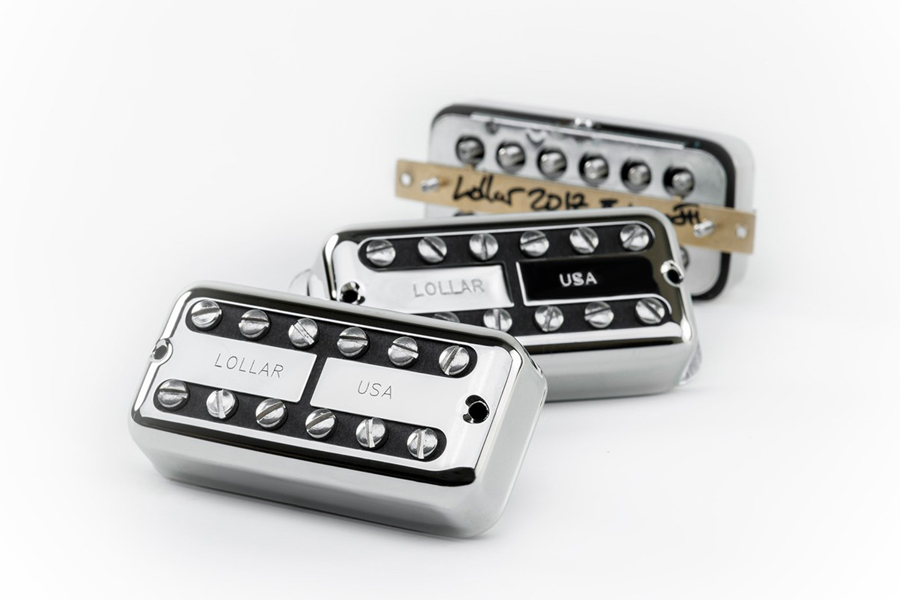 When Lollar Pickups created a humbucker-sized version of their Lollartron pickup, they relied on a particularly “magical” 1963 Gretsch Country Gentleman guitar as the tonal reference. The result was a pickup that allowed humbucker users to achieve the same sound as Gretsch’s Filter’Tron pickups. Now, after fielding myriad consumer requests, Lollar is pleased to announce the release of Lollartron Traditional Mount pickups that directly retrofit Gretsch and other guitars. True to form, that same ‘63 Country Gentleman served as the tonal reference.

Lollartron Traditional Mount pickups come in two classic voices. Lollartron Vintage has the clarity and punch players would expect from a classic Filter’Tron with the treble strings delivering high frequencies that are focused on the fundamental of the note, resulting in a fat, full tone that won’t get muddy. Lollartron Mod is spankier and punchier but never gets brittle or spikey. The tone is glassy and chimey; typical of an early rock ‘n roll sound.

Lollartron Traditional Mount pickups are offered with three mounting options: “Ring/Pickguard Mount,” which hangs from a bezel or pickguard like a traditional humbucker pickup; “Vintage Mount,” for early Gretsch guitars; or “Body Mount,” as used on Fender’s Carbronita and other solid body guitars. Like all Lollar pickups, Lollartron Traditional Mounts are created from start-to-finish by a single craftsman, who then signs and dates each pickup. All Lollar pickups are built in the company’s Tacoma, Washington workshop where components are made in-house or sourced domestically.

For more information on visit http://www.lollarguitars.com/