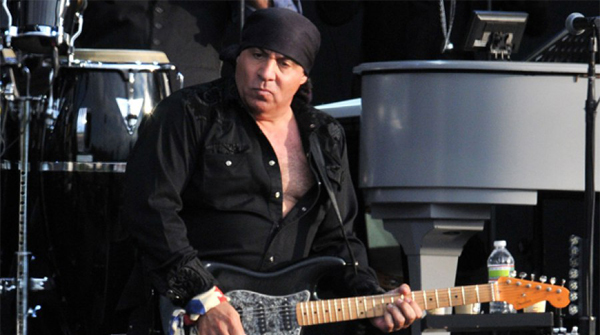 Longtime Bruce Springsteen collaborator and star of The Sopranos Steven Van Zandt will perform his first London show for over 25 years at Blues Fest in partnership with American Express® 2016.

American musician, record producer and actor Steven Van Zandt, AKA Little Steven, is the final act confirmed for this year’s BluesFest, which takes place at The O2 in London from October 28th – 30th. Van Zandt brings his band Little Steven & The Disciples Of Soul to indigo at The O2 on Saturday October 29th for what will be the band’s only European show of the year.

“We feel honoured to have been able to add Little Steven & The Disciples Of Soul to the BluesFest line-up this year. This will be Steve Van Zandt’s first headline show in the UK for more than 25 years and promises to be another of those very special BluesFest nights.”

Taking place from October 28 – 30, BluesFest will this year run in partnership with American Express and will once again utilize all areas of The O2 complex including the 20000-capacity Arena, indigo at The O2 and Brooklyn Bowl to present what is fast becoming one of the most popular blues, soul and roots festivals in the world.

For more information head to o2