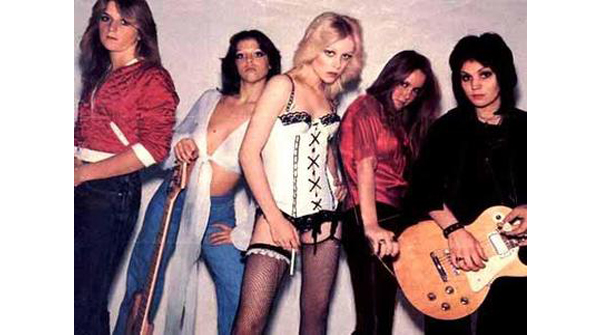 In what may be the first steps towards a Runaways reunion, LitaFord has revealed that she and Joan Jett recently met for the firsttime since the breakup of the Runaways.

In an interview with Rolling Stone (via UltimateClassicRock) Ford said:

"I asked my manager Bobby [Collin] if he'd put in a call to Kenny[Laguna], Joan's manager, and try to arrange a dinner for us…We hada nice dinner - it was real friendly, like seeing your sister. Wetalked about old times and Joan gave me Cherie Currie's contactinformation. When I was on the West Coast, I had dinner withCherie."

But what does this mean with regards to a possible reunion:

"I talked to [Cherie] about a reunion, and I talked to Joan abouta reunion," she continued. "I couldn't really get a solid answerfrom [Joan]. But I just wanted her to know that I'm here for her,and if she decides she wants to put together the Runaways again, Iwould be in 100 percent."

Check out our exclusive Lita Ford interview featured in Issue 7 ofiGuitar - Be sure to subscribe to our FREE magazinetoday...