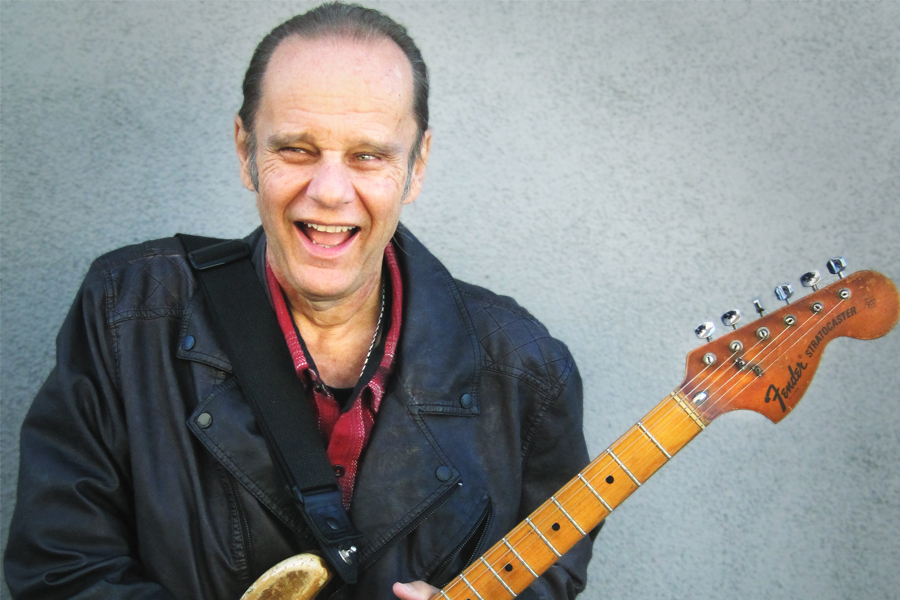 Blues maestro Walter Trout has enlisted the services of fellow bluesman, Joe Bonamassa to feature on the title track of his new album.

Trout’s new record, titled ‘We’re All In This Together’, is the first from him since 2015’s B_ttle Scars, a poignant release which marked his return to health and chronicled his battles with liver failure.

“On the original Full Circle album in 2006 [which also featured Bonamassa and Mayall], every cut was done live and we were in the studio together," says Trout.

"With this list of guests, I realised that was not gonna happen. But with this track with Joe, we did it live, looking at each other right in the face. What you are hearing is a first-take and the fire and the spontaneity are just raging. Joe and I were three feet away from each other in the same room as the band.

"Joe’s playing on here is completely stunning. I really believe we pushed each other to great heights, and when the song was done, we all just looked at each other and started laughing and I said: “wow, I think we just nailed it!” There was absolutely no need to record it again. Thank you, Joe for being so gracious and giving your very best to this project.”

“I’m 66 years old,” says Trout, “but I feel like I’m in the best years of my life right now. I feel better than I have in years physically. I have more energy. I have a whole different appreciation of being alive, of the world, of my family, of my career. I want life to be exciting and celebratory. I want to dig in. I want to grab life by the balls and not let go, y’know…?”

You can check out the official album trailer which has been released for the album below.

We're All In This Together will be released on September 1 via Mascot Records.

We're All In This Together

01. Gonna Hurt Like Hell feat. Kenny Wayne Shepherd
02. Ain't Goin' Back feat. Sonny Landreth
03. The Other Side of The Pillow feat. Charlie Musselwhite
04. She Listens To The Blackbird Sing feat. Mike Zito
05. Mr. Davis feat. Robben Ford
06. The Sky Is Crying feat. Warren Haynes
07. Somebody Goin' Down feat. Eric Gales
08. She Steals My Heart Away feat. Edgar Winter
09. Crash And Burn feat. Joe Louis Walker
10. Too Much to Carry feat. John Nemeth
11. Do You Still See Me At All feat. Jon Trout
12. Got Nothin' Left feat. Randy Bachman
13. Blues For Jimmy T.feat. John Mayall
14. We're All In This Together feat. Joe Bonamassa

In related news Trout will be touring the UK in October. The tour will run from Oct.6 trough until Oct.22 and will take in venues in Worthing, Southend, London, Wrexham, Wakefield, Preston, Bilston, Harpenden, Bristol, Swansea and Pontypridd. See below for more on venues and dates.