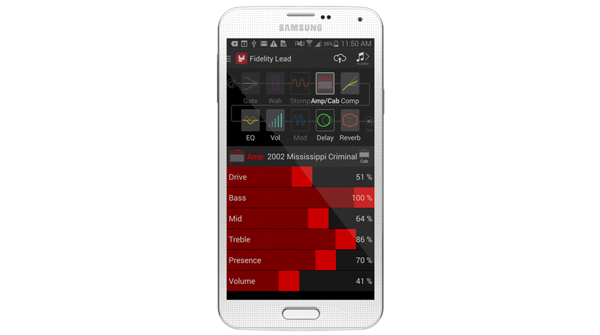 (PRESS RELEASE): Line 6, Inc. today announced AMPLIFi™ Remote v2.0, which makes the award-winning app available for both Android™ and iOS devices. AMPLIFi Remote v2.0 is one of the first major apps for musicians released on the Android platform, and makes the AMPLIFi experience available to millions more guitarists worldwide.

“Since the release of AMPLIFi earlier this year, many of our customers have been requesting Android compatibility," said Max Gutnik, Vice President of Products and Marketing, Line 6. “We’re very excited to bring the AMPLIFi experience to Android users everywhere.”

AMPLIFi Remote 2.0 works with the entire AMPLIFi family, enabling guitar players to dial up amazing tones with unprecedented speed and precision. The app connects to an ever-expanding cloud database, allowing guitarists to instantly match tones to tracks in their music library. Since the AMPLIFi product family launched in January 2014, customers have created almost 20,000 unique tones, while the number of tones available for tone-match results has nearly tripled.

AMPLIFi Remote v2.0 is compatible with Android and iOS*. Features include: