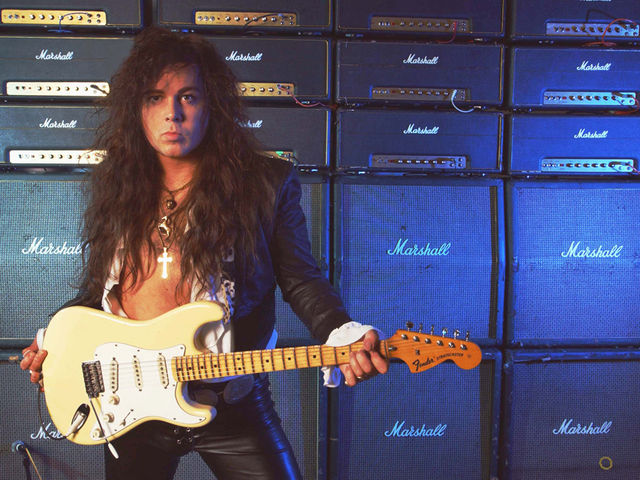 There may be contenders and pretenders, but the Bach and Paganini inspired Yngwie J. Malmsteen remains the undisputed king of neoclassical shred guitar. The legendary guitar virtuoso and composer’s influence on the guitar world is undeniable. Yngwie has become the most revolutionary, copied and talked-about guitar hero since Eddie Van Halen. He is also one of the most spontaneous. What he'll do next is always a mystery. His impact is all that is certain.

Thump Music is proud to announce that it has secured Yngwie Malmsteen for an extremely rare and exclusive masterclass tour. See, hear and experience the master of the vibrato teach, empower and share insights into his incomparable career. “My clinics are a show in themselves,” proclaims Malmsteen. Thump’s founder, Jon Carruthers, adds, “Yngwie’s jaw-dropping wizardry and fretboard pyrotechnics will challenge your mind and help you to achieve your musical dreams.”

“Yngwie literally blew my mind when he came on the L.A. music scene in the early 1980s. The fastest & most articulate, fluid, melodic, classical-based rock guitarist I’d ever heard. Still the best at what he does all these years later.”- Slash

“Yngwie is an amazing guitarist, and there is only one Yngwie Malmsteen. Let’s face it, every guitarist wishes they could do what Yngwie does with those six strings and a pick, but what he does is not only superhuman, it is undeniably unique and original, too. There are imitators, some with equal proficiency, but none who can match the heart and the confidence behind his virtuosity.”- Joe Satriani