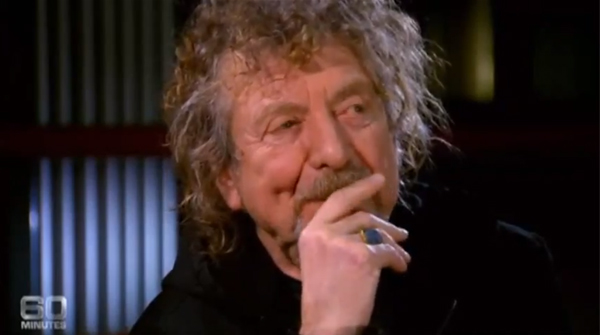 Led Zeppelin's legendary front-man, RobertPlant was featured on Australia's '60Minutes' this past weekend (17th) in which he discussed avariety of topics, including his new band, with reporter TaraBrown.

In the hour long chat Plant opened up on his working-classroots, the formation and legacy of Led Zeppelin,his new band the Sensational Space Shifters andthe Led Zepp's 2007 reunion at the Ahmet Ertegun TributeConcert.

"We just wanted to play and see what it was like and be goodonce," said Plant. "Because we'd been bad so many times in theinterim since John passed away; it was time to be good … and wewere."

Plant also addressed the ongoing 'will they / won't they' rumourmill with regards to if Led Zeppelin will everperform and record again,

"You know, the two other guys (Jimmy Page and John PaulJones) are both Capricorns and they keep schtum (quiet);they don't say a word. But they are quite contained in theirown worlds and they just leave it to me to do this(interviews)."

Brown: "Well you are for all those Led Zeppelin fans who'dlove you to say 'yes, we're reforming."

In related news Robert Plant and theSensational Space Shifters has announced a stringof shows to take in place in Australia in March and April.