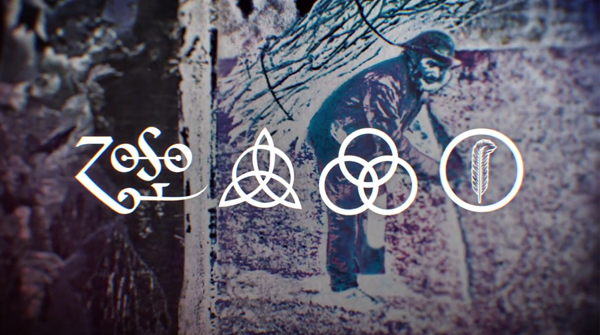 A new video preview of the forthcoming reissue of "Led Zeppelin IV" has been released.

The expanded reissue of the band's fourth studio album, which was first released in November 1971, will be released on October 28th.

"Led Zeppelin IV" deluxe edition follows the re-release of the band's first three studio albums earlier this year with additional companion audio and unreleased edits of every song including alternate mixes of "Misty Mountain Hop", "Four Sticks", "The Battle Of Evermore", "Going To California" and the fabled, alternate version "Stairway To Heaven".

"Led Zeppelin IV" was inducted into the Grammy Hall Of Fame in 1999 and has been certified 23x platinum by the RIAA.

Guitarist Jimmy Page was the driving force behind the reissue campaign which begun in June with the release of expanded editions of the band’s first three albums – “Led Zeppelin I”, “Led Zeppelin II” and “Led Zeppelin III” – each with a companion disc of bonus material.