Led Zeppelin In Talks to Stream Back Catalogue 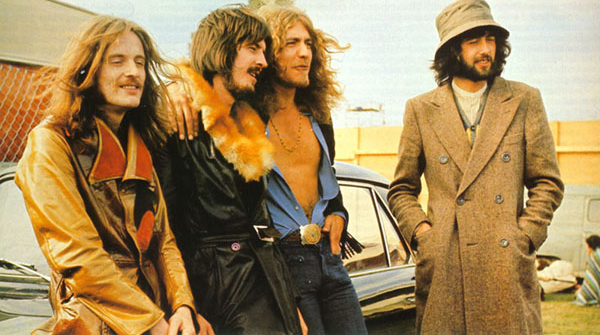 Led Zeppelin In Talks to Stream Back Catalogue-

Led Zeppelin are in talks with a number ofonline streaming services in order to secure exclusive rights totheir entire back catalogue, reports the New York Times.

Spotify, Rdio, Rhapsody and Deezer are among some of thebigger names in talks with the band, who were notorious throughout60s & 70s for their tenacious negotiation techniques.

However the battle to secure the soon-to-be mammoth remasteredback-catalogue will sure be a fiery one, especially when consideredthe band's music would undoubtedly boost the subscriber base ofwhoever lands the contract.

Led Zeppelin have sold more than 111 millionalbums in the United States and according to the Recording Industry Association ofAmerica the outfit moved roughly 840,000 units last yearalone.

A spokesmen for Warner Music Group said in a statement:

"We're excited about the opportunity to collaborate with LedZeppelin to activate streaming rights for their catalogue. We'resupportive of the band's discussions with W.M.G.'s streamingservice partners to create a window of exclusivity to maximize theimpact of this launch."

The Beatles, Eagles,AC/DC and Pink Floyd are amongsome of the classic bands whose music largely remains absent fromthe likes of Spotify. However, perhaps the move by Zeppelin willbring about a change of heart for the aforementioned.