Learn Jason Becker Licks While Contributing Your Support to His Care 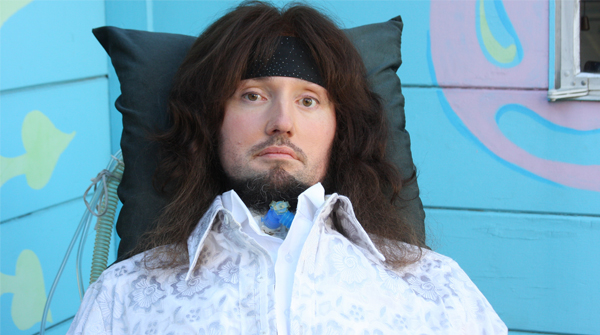 (PRESS RELEASE): 12 renowned guitar instructors have come together to teach you some of Jason’s most revered licks from Perpetual Burn. These licks and tabs are licenced and presented through an innovative guitar teaching application called Riff Axelerator that gets faster while you play along.

With a minimum donation of $10 (USD) you’ll receive access to the entire Pack.

Jason Becker needs no introduction to the guitar-playing world. Signed to Shrapnel Records at 16, he was integral to the neo-classical movement through the 80’s with playing and composition skills that defied his years. Following his initial Shrapnel releases Jason went on to replace Steve Vai as David Lee Roth’s guitarist. Sadly around this time he was diagnosed with Amyotrophic Lateral Sclerosis (ALS) and over a tragically short period of time Jason lost the ability to play later losing the ability to move as well as speak.

Caring for Jason is ongoing and expensive. This campaign hopes to relieve the Becker family of some of the expenses, while continuing to celebrate his incredible playing.

A testament to the reach of Jason’s influence and the special place he holds with players from all around the world can be seen in the global community of guitarists involved in this fundraiser. Renowned educators include Dave Kilminster, Ben Higgins, Sam Bell, Jamie Humphries (UK), Chris Buono (USA) German Schauss (Germany), Gustavo Assis-Brasil (Brazil), Jonas Tamas (Hungary), James Ryan & Simon Hosford, Jon Beckx (Australia) and Richie Allan (New Zealand).