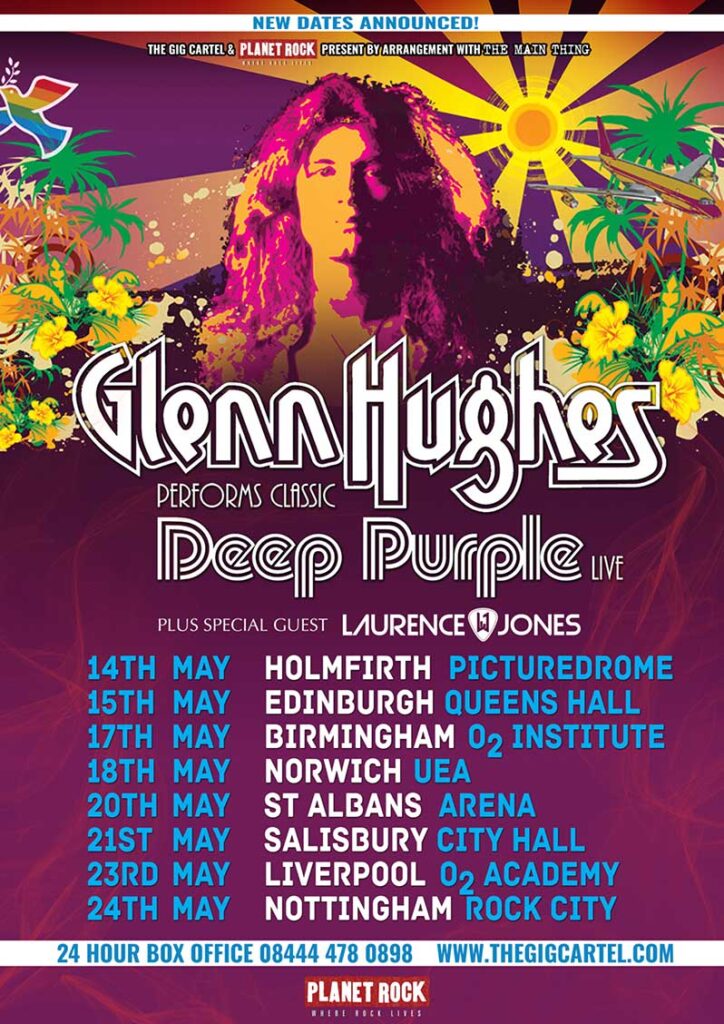 British blues rock guitarist and singer-songwriter Laurence Jones will be special guest on the second UK Tour of GLENN HUGHES PERFORMS CLASSIC DEEP PURPLE LIVE in May 2019. Tickets are available via www.thegigcartel.com.

The eight date UK 2019 tour promise to be a dynamic, turn-back-the-clocks, two-hour live extravaganza homage to his tenure in MK 3 and MK 4 incarnations of Deep Purple - one of music history’s most seminal and influential rock and roll groups.

Hailed as “one to watch” by all corners of the music industry, including press, concert and festival booking agents, blues fans and various musicians. Over the past five years, Laurence has really come into his own, and with his new album The Truth, he has now developing his own creative skin by writing and performing songs that are distinctive to his unique sound and identity.

Deep Purple took a quantum leap when the then 20-year-old Glenn Hughes was seconded from British funk-rock outfit Trapeze in mid-1973. As bassist and co-vocalist (with David Coverdale), he helped steer the legendary rock group in the progressive direction of Burn (1974), Stormbringer (1974) and Come Taste the Band (1975), while touring the world for three years.