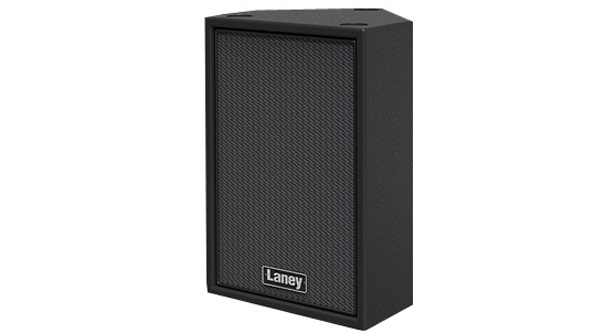 (PRESS RELEASE): British guitar amp giants Laney have released a versatile new tool for guitarists which expands a player's existing rig in a number of ways to create an extraordinary tone which can't be achieved through an amp alone.

The IRT-X Powered Guitar Expansion Cab, a new addition to Laney's hard-rocking Ironheart range, is an active 200w flat response powered enclosure which can be scaled up to suit even the loudest of performances; even generating a 3D wall of sound through a true W/D/W rig when two expansion cabinets and stereo effects are used.

Forged in the Black Country - notably a breeding ground for rock legends from Black Sabbath and Judas Priest to Robert Plant and Glenn Hughes - the IRT-X retails at Â£299 and is the latest in a long line of products created to solve real issues for gigging musicians, both amateur and professional.

Unlike an extension cabinet, the IRT-X is an expansion cabinet, which means it sits between the amp's output section and its speaker and 'listens' to the 'talk back' between these two tone sources, taking on the characteristics of the host amp. Ultimately this means the cab takes a guitarist's sound, cable and amp and substantially ramps up the top, middle and bottom tones.

There are numerous versatile applications for the IRT-X; as part of a single amp setup, the cab adds more of everything. As part of a bigger setup using effects, the IRT-X comes with a stereo FX loop on-board, so players can sit their effects in the IRT-X rather than in the amp. This gives a pure and unadulterated amp tone with the effects appearing in the IRT-X, enabling guitarists to blend their dry and wet sounds to achieve the best tone possible.

Its compact footprint produces an extraordinary sound on even the smallest stage, but the cab can also support the biggest rigs. It comes equipped with an XLR DI out which can be sent directly to the PA, removing the need for onstage mic-ing to provide either a completely dry signal or a cabinet-emulated signal - with or without FX.

The IRT-X is already making waves throughout the guitar community, garnering great reviews and positive feedback with numerous guitarists claiming the cab has transformed their rigs into a much more professional sound.

Simon Fraser-Clark, Marketing Manager at Laney, said: 'A lot of thought has been put into the IRT-X cab's design and functionality; it's the perfect example of a piece of kit that has been designed for guitarists, by guitarists.'