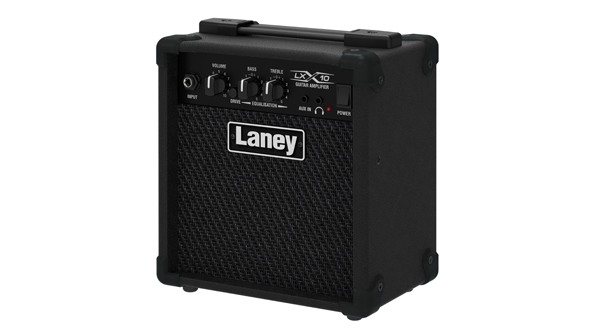 The first of the three NEW amplifiers announced is the LX10, a 10 watt solid state guitar practice combo that fits in nicely with its already available bigger brothers in the LX range.

The LX10 is ideal for home use and smaller practice sessions.

The second amplifier is the NEW LA10 acoustic combo, again, expanding on the already popular LA range and entering in as a small, home practice amplifier.

The LA10 is perfect for practicing acoustic guitar at home.

The third announcement is the Laney A1+ acoustic/vocal amplifier.

The A1 was one of Laney’s leading amplifiers in the acoustic/singer/all-in-one amplifier range, and now Laney have re-built, re-designed and re-established the A1 with a host of new features:

As with the A1, the A1+ amplifier allows the user to plug in an instrument, a microphone along with any line level equipment, such as ipod or mp3 player.Ideal for solo artists.