Korn to Welcome Back 'The Head' 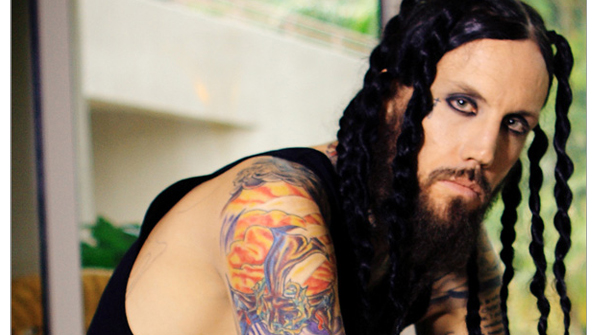 Korn to Welcome Back 'The Head' -

Korn will welcome back into the fold foundingguitarist Brian Welch next year for two specialshows, reports Loud Wire.

German rock festivals Rock am Ring and Rock im Park will be thesetting for the historic two-date reunion in which Brian'The Head' will play his first full sets with the Nu-Metaltitans for the first time since 2004. Welch, himself now aborn-again Christian, is currently fronting a new project calledLove and Death.

The 2013 festivals will both be held on June 7 - 9 and will alsofeature Stone Sour, Bad Religion,Five Finger Death Punch, Bullet for MyValentine plus more. The Rock amRing festival will be held at the Nurburgringracetrack in the west of Germany, while Rock imPark is around the Frankenstadion in Nuremberg in thesouth of Germany.

Korn guitarist James 'Munky' Shaffer recentlytold The Pulse of Radiothat he would be open to Welch rejoining the band after Welchjoined Korn onstage at the CarolinaRebellion for the first time since hisdeparture.

"It's just something that has to be super well-plannedand it has to come naturally," said Munky.

"And our experience with him on Saturday has all started froma positive place, and it wasn't forced and it was just natural. SoI think if everything optimistically runs like that, that's all Ican hope for. I'm really happy just to reconnect with my oldfriend."

Check out the official websites for next year's Rock am Ring and Rock im Park festivals.