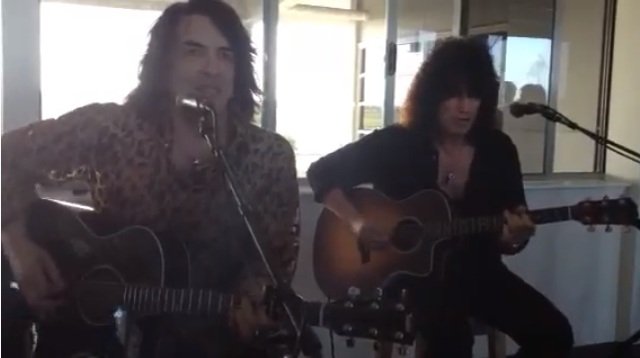 Footage of KISS jamming their 1974 classictrack 'Cold Gin' prior to the final show of their recentAustralian tour with Motley Crue and ThinLizzy has surfaced online.

The near five minute clip of the band performing unpluggedwithout their trademark make-up and flamboyant stage outfits wasshot during a pre-show meet and great.

The band's recent trip down under was in support of their latestalbum 'Monster,' and was their first visit toAustralia in over five years.

KISS will return to the road in this June inorder to embark on European trek which also features a number offestival including Sweden RockFestival and Hellfest.