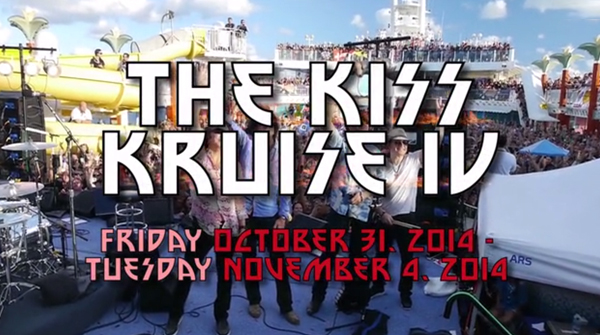 The dates for the fourth edition of the popular ‘KISS Kruise’ have been announced, all aboard.

Set to run from October 21 – November 4th, 2014, the KISS Kruise IV will see the hard rock veterans once again set sail with their legions of fans.

The news of a fourth instalment comes off the back of a successful third edition which saw the The Norwegian Peal sail from Miami, Florida to Key West Florida and Great Stirrup Cay, Bahamas.

More details regarding the event and tickets will be released in the coming months.