Kinks Set for Reunion After 20 Years 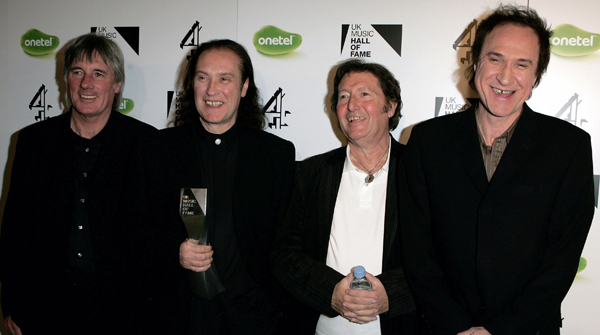 After 20 years apart, The Kinks are making plans for a full reunion with Ray Davies confirming he also plans to begin work on a new album.

“I met Dave only last week to talk about getting back together again,” Davies says in a new interview.

“We’ve also spoken a few times on the phone and emailed. He’s been composing his own songs, but I’d really like to write with him again. We both agree we don’t want to do old stuff or tour with past hits. It’s got to be something new.”

The will they or won't they rumours surrounding a possible reunion have been in the air for months, as both Ray and Dave plus drummer Mick Avory mulling over the prospect of 50th anniversary project for some time.

A new musical based on The Kinks' classic track, Sunny Afternoon, which opened last month in London is said to have helped put the wheels in motion for the long overdue reunion.

Rumors about a possible reunion have been swirling for a few months, as both Davies brothers and former Kinks member Mick Avory discussed the prospect of a 50th anniversary project. A musical focusing on the Kinks, ‘Sunny Afternoon‘ — which chronicled their early ’60s rise — opened to