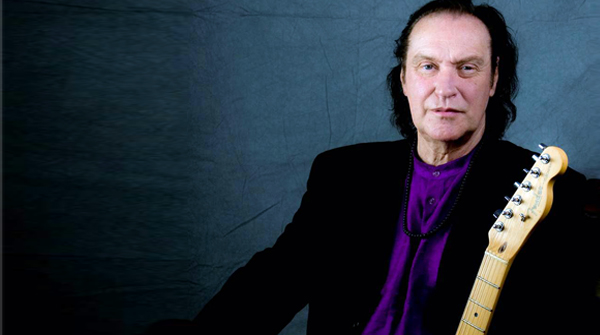 Produced by Dave Davies & David Nolte, the new CD features 10 original new songs written in the classic Kinks style that fans of all ages will want to hear. Listen to 'Rippin Up Time' here.

To coincide with the new album, Davies will embark on a 13-date American solo tour which kicks off on November 11th in Milwaukee. The Muswell guitar icon will be performing several songs from the new album, along with all the Kinks classics.

Dave said of the album: “It's a man's reflections of the past, his fears, anxieties and optimism about the present and hopeful expectations about the future. I had a lot of ideas in my head thinking about the past and how we started and the Kinks and my own life and the present and what's happening with my life now and concerns and worries, anxieties about the future. I suddenly had an image of all the times overlapping as if they're all in one place in my mind. I thought I'd just write it from the point of view of a dream. It's a mixture of emotions that I was going through as I was writing the songs, some would be happy or reflective or sad.”

In a recent interview with Andy Greene of Rolling Stone, Dave imparted: “I like to work quick. You want to attack an idea when it's living and breathing. I didn't want to reach the stage where I heard the songs so many times I began to second guess myself, which has happened in the past." (read the entire Rolling Stone interview here)