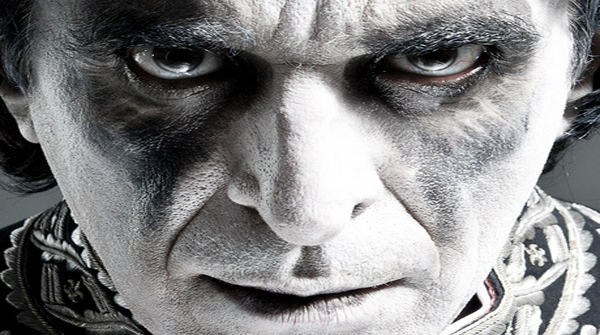 Killing Joke frontman Jaz Coleman is reportedly (apparently)still missing and hasn't been seen since cancelling a joint tourwith fellow new wave outfits The Cult and Mission. The tour was dueto commence on Sept.11 but after the shows were downgraded tosmaller venues Colemen issued a scathing  statement announcingthe bands withdrawal from the tour.

Coleman's band mates released a statement last week addressingtheir concerns for his well being via the bands FaceBook page, itread:

"He is now AWOL and has not contacted any of his bandmates. We are deeply embarrassed by this and offer our sincereapologies to all involved. We are all concerned about our missingsinger's welfare. Killing Joke made a collective decision to playwith The Cult and The Mission in September. It was agreed by all ofthe band that we would do these shows. Indeed, we thought that theywere something to look forward to, even though they were downsized.We would still like to honour our commitment to this tour, theother bands, and all the Gatherers and people who have alreadybought tickets and made travel arrangements. If this proves notpossible, Killing Joke will make alternative arrangements tocompensate for the trouble caused. Meanwhile we are doingeverything we can to make this tour happen and locate our missingsinger.''

As a band Killing Joke, and Coleman, are quite renowned for theirunusual behaviour. In February '82, the entire band famously fledto Iceland fearing a coming apocalypse only to end up singing withBjork's first band the, Sugarcubes instead. As well as playingfrontman to the Notting Hill new-wave legends, Coleman has composedacclaimed concertos and operas, established eco-villages in thePacific and worked with Sarah Brightman.