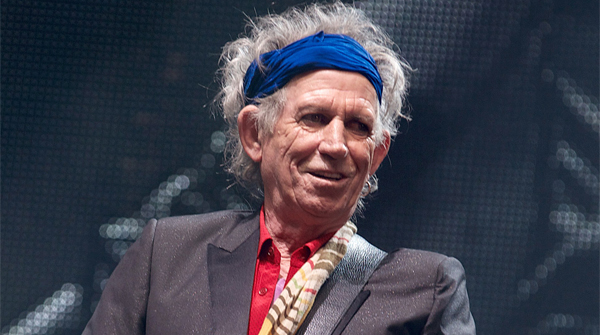 An upcoming Netflix documentary film about Keith Richards "Under The Influence" and his first solo album in over the 30 years "Crosseyed Heart" are to be released simultaneously on September 18th.

Dubbed as "an unprecedented look into the sounds and influences of rock and roll icon Keith Richards", the film culls content from various interviews, archival material and new footage of Keith recording new music.

"Under The Influence" has been made by Morgan Neville who won a "Best Documentary" Oscar for documentary "20 Feet From Stardom" and who also directed Richard's "Trouble" music video.

"If there's a Mount Rushmore of Rock & Roll, Keith's face is surely on it," Neville said in a statement.

"He has always represented the soul of rock music – for all of the light and dark shades that implies. To my relief, Keith Richards turned out to be a real man – full of humor, knowledge and wisdom. That's the real Keith we've worked to capture in our film and I'm honored to bring it to ​a global audience via Netflix."

Special guests who will feature include Norah Jones, Spooner Oldham, multi-instrumentalist Larry Campbell and Aaron Neville. The album will also include two songs with contributions from late Stones saxophonist Bobby Keys, who passed away last December.