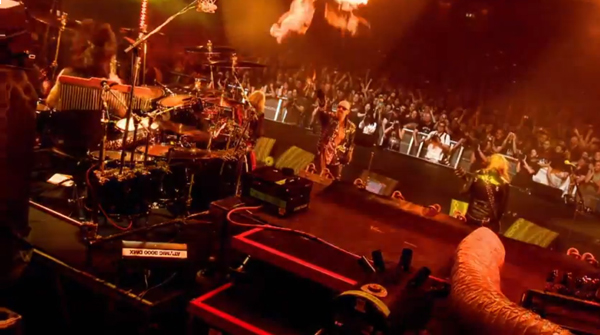 A new trailer along with the tracklist and release date for Judas Priest's upcoming 'Epitaph' live DVD has been released.

The live show features 23 tracks recorded during the band's last large-scale world tour which wrapped up at London's Hammersmith Apollo on 26th May.

In the clip, which can be seen below, frontman Rob Halford explains why that particular show which features on the DVD was so special, saying:

"We were only going to play the songs that each one of us wanted to play. It's a great way to get a complete picture of what Judas Priest has been trying to do over almost 40 years of metal. It shows you the scope."

'Epitaph' is released on May 27 via Legacy Recordings.