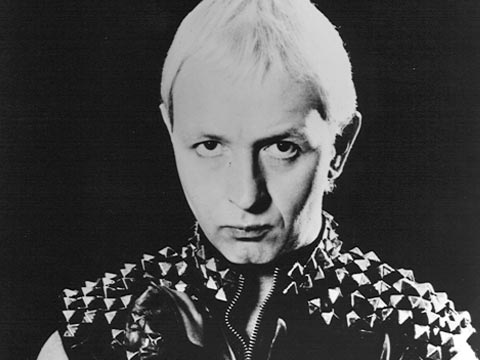 The infamous 1992 documentary detailing the trial in which Judas Priest were accused of using subliminal messages in their music, has been released on DVD and via digital formats.

Directed by David Van Taylor, "Dream Deceivers: The Story Behind James Vance vs Judas Priest" looks at the 1985 suicide-pact two young Priest fans which subsequently brought about a well publicised  lawsuit over whether the band's lyrics could have been responsible the tragic incident.

"Just before Christmas, 1985, 19-year-old James Vance watched his best friend Ray Belknap shoot himself to death with a .12 gauge shotgun in a churchyard outside Reno, Nevada. Then Vance pulled the trigger on himself. He survived but was severely disfigured. Vance later claimed his actions had been influenced by the heavy metal music of Judas Priest, prompting his family to sue the band. The drama of the ensuing trial provides the framework for David Van Taylor's disturbing look at teenagers today."

The delayed release of the documentary, according to the Center For Media And Social Impact (CMSI), is due to "a copyright nightmare" due to the music and lyrics of Judas Priest appearing throughout the film.

Van Taylor, conforming to the "clearance culture" of the era, diligently sought the rights from Sony to it all.

“We cleared things that, even then, we shouldn’t have,” said Van Taylor. “People reciting lyrics in the court room, snippets of songs being played backward--everything.”