JTS Introduces the IN-164 Wireless System 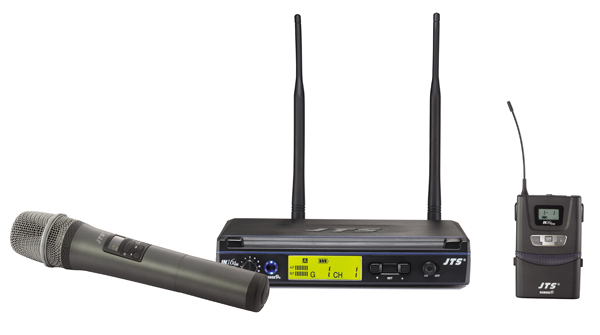 (PRESS RELEASE): FBT UK has announced the introduction of the affordable new JTS IN-164 diversity, wireless system, available in both Channel 38 (UK licensed) and Channel 70 (UK licence free) versions. The new IN-164 offers several innovative features, including the world's first remote control RF setting function which allows almost instantaneous automatic remote control frequency settings of the transmitter from the receiver, ensuring reliable use even in the most challenging situations.

Built to the usual rugged JTS standard, the IN-164, is available in both handheld and beltpack versions, has a 200~480 meters operational distance and offers six pre-set groups, with a maximum of 23 channels in one group.

The beltpack model, the JTS IN-264TB, is also powered by 2 x AA batteries with 12 hrs. average battery life and is is a compact, lightweight beltpack featuring a 4pin mini-xlr input to accept a range of inputs such as JTS headsets or lavalier microphones such as the popular JTS CM-501.

The IN-164 makes use of JTS's unique REMOSET technology, which uses an RF signal to send frequency change settings from the IN Series receiver to the transmitter in a fraction of a second, making the IN-164 incredibly reliable for live use in challenging wireless situations.

For more information on JTS IN-164 Wireless System.