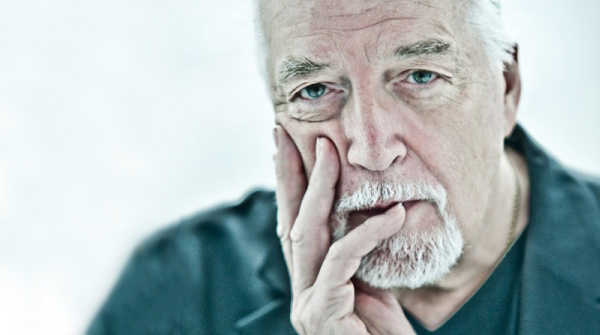 The late, great Jon Lord is to have his finalwork, a new studio version of his 'Concerto For Group andOrchestra' released on October 1st, reports ClassicRockMagazine

Lord, who was taken from us last month aged 71, said of thealbum:

Over the years since leaving Deep Purple I'veplayed it over 30 times, and in 2000 I did it well over 30 timeswith Purple on tour. I've been honing the piece. It's a marvellousand exciting prospect to have the definitive recording of thedefinitive score."

Jon Lord's Concerto For Group And Orchestra will be released onSeptember 25 via Eagle RockEntertainment.

The track listing is as follows:

In related news Deep Purple have now confirmedthat 'Re-Machined: A Tribute to Machine Head' will bereleased in the US, also on September 25. The album includesDeep Purple covers by the likes ofMetallica, IronMaiden,Chickenfoot and many others.