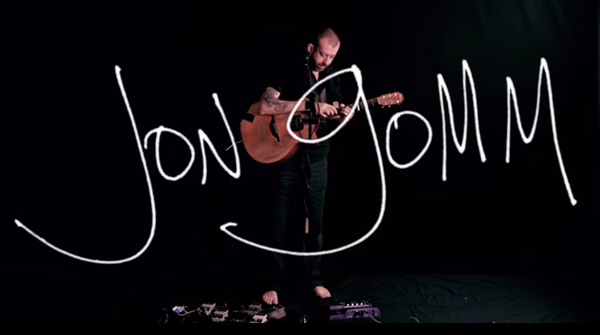 The acoustic virtuoso's new album, entitled "Live In The Acoustic Asylum", is an assortment of fan favourites  and improved performances of old numbers.

The is latest track to be taken from the 9-track album is "What's Left For You?" and can be heard below.

"This song means a lot to me, so releasing it is terrifying, like a bird pushing her baby out of the nest and hoping it flies" says Jon of the track. "I hope you like it. If you do, please tell somebody else about it."

Explaining the inspiration behind the album. Jon comments:

“I picked a list of songs which are either the most requested or are “hidden gems” that I have real love for but don’t often play, or are songs where I wasn’t truly happy with the original album version. I practised the f*** out of them, and spent three days filming. In the end we got performances for 9 songs that I was really happy with. I mixed the audio with my friend and producer Ed Heaton in his basement, and when we finally finished and listened to it all through, we just looked at each other and without even saying anything we knew we were both just thinking: This has to be an album.”

Jon Gomm - What's Left For You?