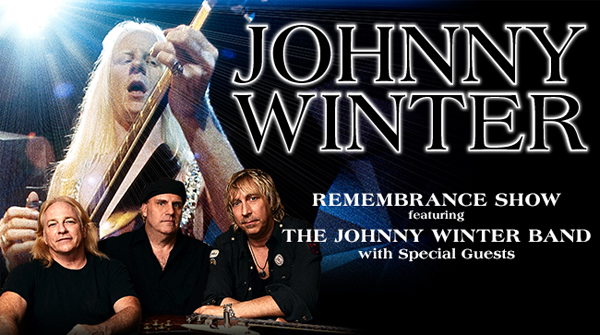 An official memorial concert will be held to commemorate the recent passing of legendary blues player and producer, Johnny Winter.

The concert, which will be titled "Johnny Winter Remembrance Show" has been assembled with the approval of Johnny's brother, Edgar Winter and his family. It will feature original members from Johnny's band, which include guitarist Paul Nelson, bassist Scott Spray, and drummer Tommy Curial who all appear on his newly-released album, "Step Back."

The show will also consist of a number of special guests as well as a screening of Johnny's documentary, "Down & Dirty: The Johnny Winter Story."

Winter passed away in his Zurich hotel room whilst on tour in Switzerland in July, he was 70.

10/09 – Mystic, CT – Olde Mystik Village Theater with Debbie Davies, and James Montgomery; plus a screening of the documentary

14/09 – Middletown, NY – Brian’s Backyard BBQ with Gary Hoey, and Montgomery; plus screening of the documentary