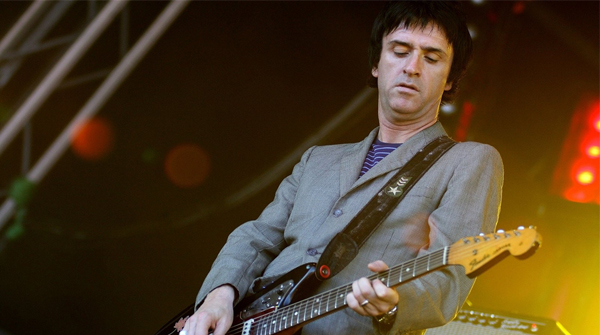 Marr revealed that he has already begun work on the follow up to his debut solo album, ‘The Messenger,’ which was released earlier this year and the former Smiths guitarist told NME that he hopes to begin recording the new record when he returns from a tour next spring.

Discussing his plans for the future, Marr said (via NME):

"I've been asked to do a few soundtracks, so if the right one comes up I'll do that, but mainly it's a follow-up to 'The Messenger' that's on my mind, so after the South American tour in the spring I'll start recording."

"I get so involved in whatever I'm doing and it would take away from the intensity of the solo stuff. I do invite people on my tour with me, so that takes care of the collaborative urge I have. Justin from The Vaccines played at the NME Awards, so I'd like him and Freddie to do something, Jordan from Howler, too. And I've been hanging out with Nick Zinner from Yeah Yeah Yeahs a lot lately, I love his guitar playing so I'd like to do something with him."

In related news Marr will head out on UK tour later this year in support of ‘The Messenger.’