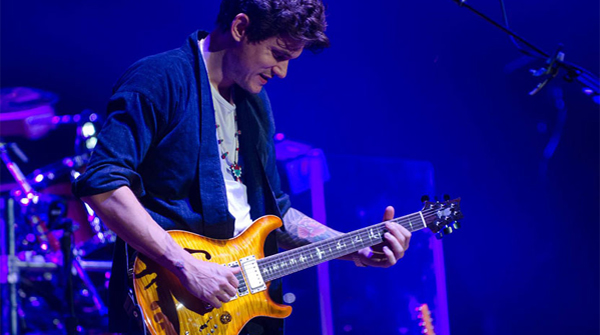 Grammy Award-winning singer, songwriter and musician John Mayerhas announced that his new album, 'Born and Raised', will bereleased on 21st May. The first single, 'Shadow Days,' is availableon iTunes now and the video is available to watch below.

Mayer, 34, has been sidelined since last September with agranuloma in his throat which had to be operated on. He was forcedto cancel several shows and step out of the limelight torecover.

Mayer explained the condition in an open letter to fans postedon his blog, a portion of which reads:

"During rehearsal on Tuesday, it came to mind that I should seemy throat doctor because something didn't feel/sound right. I wentin for a visit on Wednesday and a scope of my vocal cords revealedthat the granuloma has grown back where it had mostly healed. Thisis bad news. Because of this, I have no choice but to take anindefinite break from live performing. Though there will be a daywhen all of this will be behind me, it will sideline me for alonger period of time than I care to have you count down."

Despite the setbacks, the musician is still set to release hisfifth studio album "Born and Raised" on May 21st(UK), 22nd(US).

The music video for the first single from the record, "ShadowDays" was released at the weekend and can be watched below: