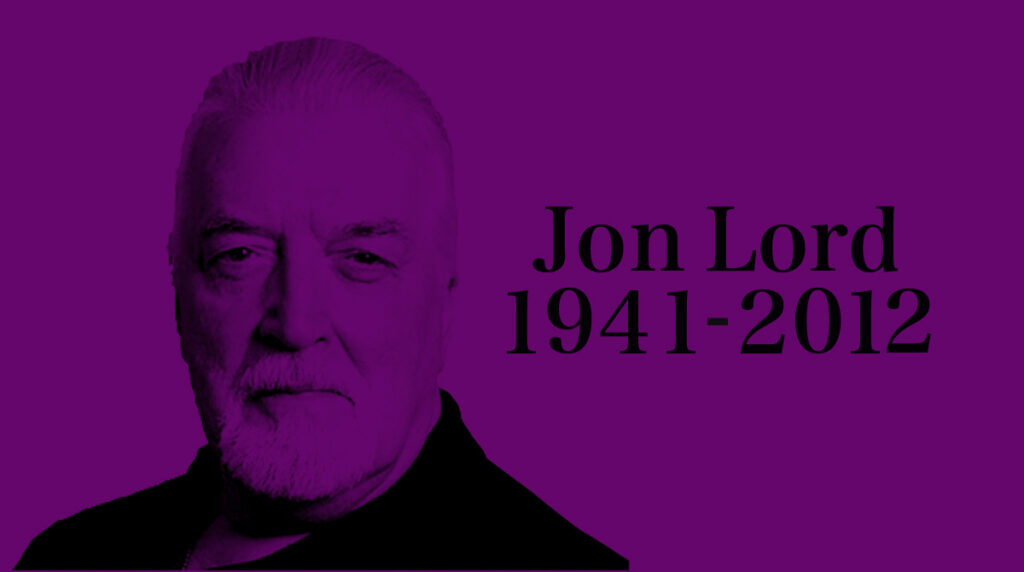 It is with deep sadness we announce the passing of JonLord, who suffered a fatal pulmonary embolism yesterday, Monday16th July at the London Clinic, after a long battle with pancreaticcancer. Jon was surrounded by his loving family.

A statement posted on his website yesterday declared thatLord - who had said that writing music had been therapy through hisillness - had passed 'from Darkness to Light'.

Along with Ritchie Blackmore, he co-founded Deep Purple in 1968and co-wrote many of the group's songs including Smoke On TheWater. He also played with bands including Whitesnake, The Kinksand played alongside George Harrison and David Gilmour.

Lord was influenced by classical, blues and jazz butplayed his Hammond organ with a blazing rock attitude and it washis unique style that helped Deep Purple become known as pioneersof progressive and heavy rock.

"We were going to write and record an album before he becomeill," he said. "His contribution to music and to classic rock wasimmeasurable and I will miss him terribly."

Jon's solo work was universally acclaimed when he eventuallyretired from Deep Purple in 2002.

Our thoughts are with the Lord family at this time.