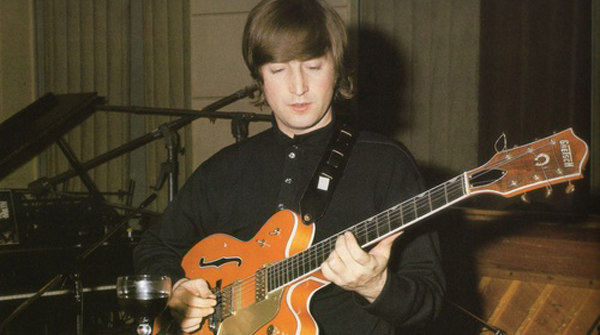 A classic Gretsch used by John Lennon whilst recording Paperback Writer in 1966 has failed to sell at auction after it failed to reach its £400,000 reserve.

Now a private sale is set to be arranged to sell the historic guitar, which, according to the managing director of TracksAuction.com Paul Wane, had been bid on by mainly private collectors.

The guitar currently belongs to John's cousin, David Birch, who was gifted the guitar in 1967.

He said: “I was just cheeky enough to ask John for one of his spare guitars.

“I had my eye on a blue Fender Stratocaster that was lying in the studio but John suggested and gave me the Gretsch while we were talking.”

Previously the Gretsch had been loaned to The Beatles Story in 2010, and later to the Rock And Roll Hall Of Fame in Cleveland, Ohio, in 2012.

The guitar was used when the Beatles were recording Paperback Writer, which was the fourth track recorded at the Revolver sessions at EMI’s studios, in Abbey Road.