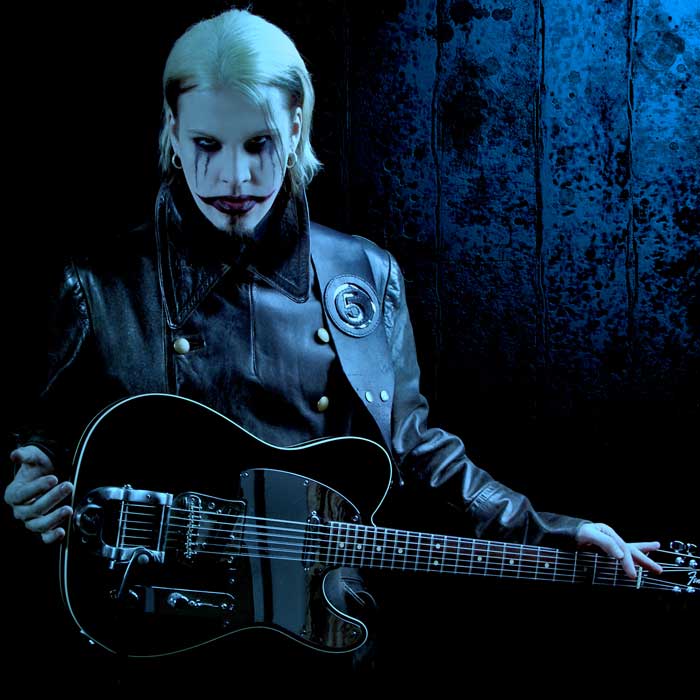 Amy Harris recently conducted an interview with  ROB ZOMBIE/ex-MARILYN MANSON guitarist  John 5. A couple of excerpts from the chat follow below.

Amy Harris: Can you tell us about the name of your album,  "God Told Me To"?

John: The name, it is funny because I remember, I am from Michigan, I am from Grosse Pointe. I was upper class growing up there. I was brought up in a really nice environment and home and I remember the night before I was leaving for California to really give it my shot saying, "I am going to try this. I am going to try to be this musician type of thing." I remember I was saying my little prayer. I never wished to be a "rock star." I just wanted to be a working musician. My dreams didn't even go past a session player or a working musician like that. It was too far beyond my dreams. That's kind of what the title means, that kind of thing, but also you can look at in the negative way, like when someone does a horrific murder, they always say, "Oh, God told me to."

Amy Harris: I have read a lot of discussion in your recent interviews about serial killers and even the song  "Night Stalker" being written about  Richard Ramirez. Why the serial killer references behind that? Do you have an interest in this type of people or the history and stories behind it?

Amy Harris: I know that you are always writing constantly. How did you narrow the songs for the album?

John: I kind of would write a certain thing and I would say, "It would be really cool if I had something like this next," because I like a nice flow to the record and a lot of people don't like the shredding thing all the time, I don't even, this is coming from me. I like a nice even flow to everything and the acoustic stuff is a nice breather to everything that is going on.

Amy Harris: I know you are playing the same day as  Marilyn Manson this time at  Rock On The Range. When was the last time that you saw him? I'm sure you will run into each other that day.

John: I saw him at the [Revolver]  Golden God Awards [in April] and I didn't say hi.  Ginger, his old drummer is playing with us in  ROB ZOMBIE. It's fine. We don't have any bad blood. We are adults; it's fine. We have no problems with each other whatsoever. I know it would make a great story if we did, but we don't.