Joe Satriani Releases Video to 'A Door Into Summer' 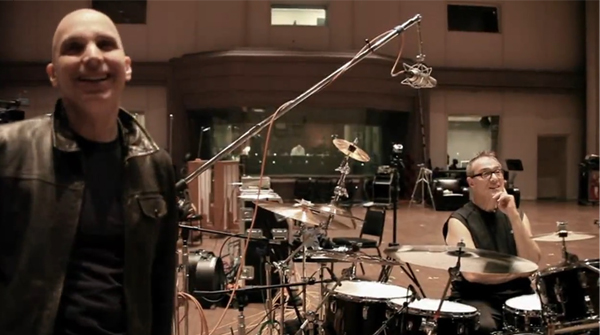 Joe Satriani has released the video to the leadsingle from his forthcoming album, 'UnstoppableMomentum.'

The video for the new track 'A Door Into Summer'features Joe heading to Skywalker Studios in order to beginrecording the new album. The video has been shot usingblack-and-white cinematography and goes on to show Joe and hisband, made up of Vinnie Colauita, ChrisChaney and Mike Keneally, jamming at thelegendary Bay Area studio.

"The song celebrates the coming of summer and the promise ofadventure, fun and coming of age," Satriani tells Rolling Stone."It's a song about my high school memories lasting a lifetime andstill giving me that good feeling when summer rollsaround."

'Unstoppable Momentum' will be released on 7th May onEpic.