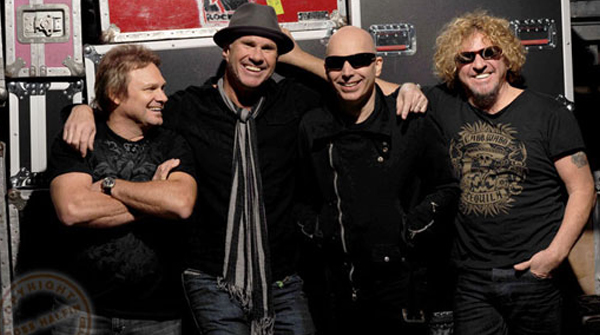 Chickenfoot founder Joe Satriani has offered an update regarding the status of the band's third album.

The guitar virtuoso was speaking with Artisan News (via Hennemusic) when he said:

"Everyone's got demos, everyone's excited. I don't know about the schedule though. That is still — as usual — in the chaotic Chickenfoot state."

Chickenfoot, which is made up of Sammy Hagar, Michael Anthony and Chad Smith, have released two albums since their 2009 inception. In 2009 they released their self-titled debut which was followed up by 'Chickenfoot III' in 2011.

Joe Satriani will be playing a number of dates across Europe at the end of the month. Joining Satriani on the road are veteran bandmate Mike Keneally (Frank Zappa, Steve Vai) on keyboards, along with a new rhythm section featuring bassist Bryan Beller (Dethklok, Dweezil Zappa) and drummer Marco Minnemann (Adrian Belew, Steve Wilson) - See below for details.