Joe Bonamassa to Perform One Off Free Concert 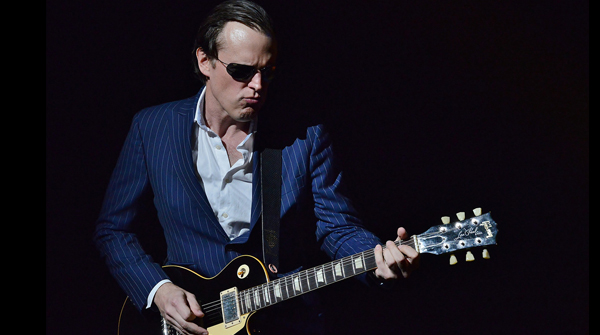 Guitar legend Joe Bonamassa fulfils a promise that he made 10 years ago and performs a special UK concert, celebrating the 10th Anniversary of his first-ever UK show. On November 1st 2015, Joe will play Mr. Kyps in Poole, Dorset,  the same venue where he played his first ever UK concert back in 2005.

In 2005, venue owner Mark Kyprianou (Kyp) was approached to host Joe’s first ever UK concert, As Joe was an unknown, the concert was a slow seller. In a final push, Kyp decided to offer free entry and refunds to those few who had originally paid the £10 ticket. Only around 100 people attended the concert, but those who were there were stunned by Joe’s dynamic and virtuosic playing. Today, 10 years later, Joe is playing concert arenas around the globe.

Kyp and Joe formed a lasting relationship over the years. Says Kyp,

“I’m very excited to host this one of a kind concert. No major artist at the level Joe is would do this for his or her fans. Joe made me a promise he would return, and is a man of his word!”