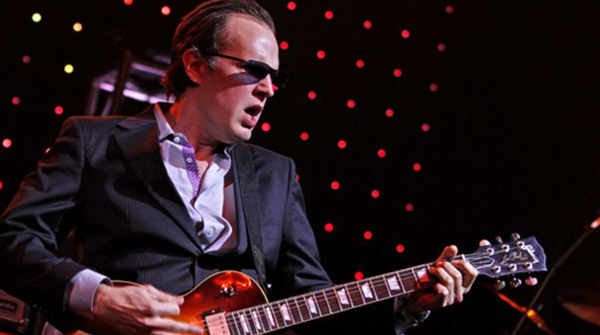 Blues colossus Joe Bonamassa has announced he'll be once again headlining the second "Keeping the Blues Alive at Sea" cruise in 2016.

Joe along with Beth Hart, Blues Traveler, Kirk Fletcher, Marc Broussard, Jarekus Singleton and many more will take to the seas for the four-day event aboard Norwegian Pearl. The voyage will run from Miami to Cozumel off Mexico's Yucatan peninsula from February 15th to 19th.

Sixthman, the promoters responsible for the cruise, say:

"Some of the most celebrated names in blues collide with the rising stars they have influenced in four days of non-stop music."

Bonamassa will play two shows plus a joint set with longtime collaborator Hart.

Keeping The Blues Alive At Sea II (so far):