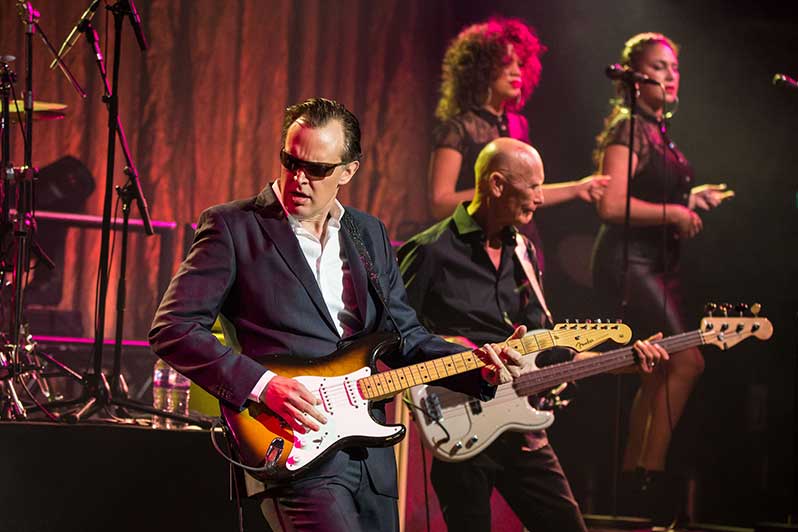 Returns To The UK In October 2018 For Three Concerts

A 48-hour ticket pre-sale will start at www.planetrock.com from Wednesday 18th April.  Tickets go on general sale on Friday 20th April from www.jbonamassa.com and www.ticketmaster.co.uk.

"As with every gig I have seen him perform he shows that he loves the music and is as invested in it as his audience is. A brilliant night."

"Joe Bonamassa is one astonishing musician – he could play Happy Birthday on two strings and bring the house down – and, boy, does he have stamina."

"With most of the blues greats of old now sadly departed, it would be fitting for Bonamassa, who once performed alongside the legendary BB King at the age of 13, to take over the crown as King of the Blues. On this performance you'd be hard pushed to find a better blues player anywhere in the world."

"With a versatile band of well-seasoned blues players, he turned a throwaway Led Zeppelin cover of 'Boogie with Stu' into a good time swing version. A masterstroke."

"Supremely talented but never to the detriment of his songs, Joe Bonamassa understands the history of the music he plays, but wants to forge his own legacy. He’ll keep taking chances to do that too – and he always seems to get it right."

"I was in the presence of a genius delivering his goods to a very appreciative audience knowing that he had given them his best. For goodness sake, catch Joe Bonamassa on tour. You will not be disappointed!"

"The best guitarist on the planet at the very top of his game."

"Tonight Bonamassa delivers a two and a quarter hour display of guitar mastery on Tyneside. Joe continues to go from strength to strength. There is just no stopping him!"

"Arguably the world's consummate Blues guitarist and its greatest exponent didn't just rock the joint he simply blew the roof off."