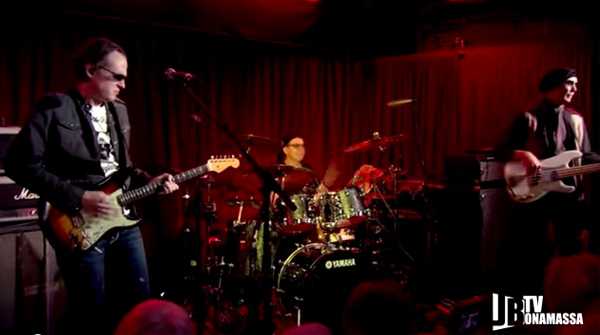 A new clip take from Joe Bonamassa's 'Tour de Force' live DVD has surfaced online, you can view the clip below.

The video was shot at the Borderline in London during Bonamassa's four night concert series in which the blues legend performed at numerous venues which have been instrumental in his rise to the top. The West End music venue was Joe's first port of call back in March before performing shows at Shepherd's Bush Empire, the Hammersmith Apollo and the Royal Albert Hall.

Manager Roy Weisman recently told how the idea came about:

'We realised we'd booked these four great shows. We said, 'Why don't we can the idea of doing a studio record now, and give Joe more time?

''Let's use it as an opportunity for him to go back on his entire career and do a lot of songs he'd recorded but never played live.' We thought his fans would love that.'