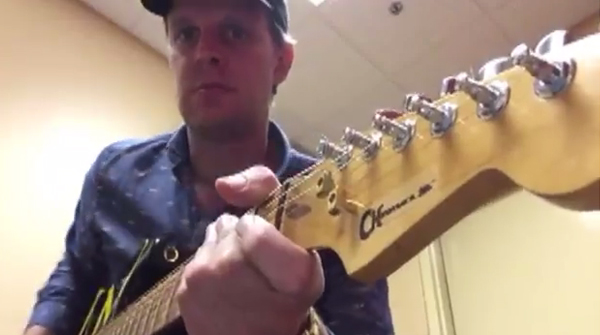 During an impromptu backstage jam late last week, Joe Bonamassa took and posted the following video to his Facebook fanpage.

"Here is some a backstage partying with an original 1978 Charvel black-and-yellow stripe guitar just like Mr Van Halen's. No red M&Ms, no dancing girls, just a bunch of Diet Cokes and reverb."

The last sentence a sly dig at the backstage riders requested by some of his rock and blues counterparts.

The video, like many of Joe's, proved popular amassing over 30,000 likes and a slew of comments to go with it.