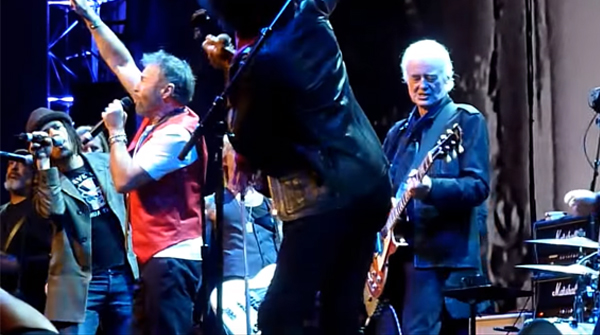 Jimmy Page made a guest appearance on stage at Seattle's Experience Music Project Museum where he was in attendance to accept the EMP Founders Award.

The performance, which has captured by a member of the audience, could have been even more profound if scheduling difficulties hadn't prevented the involvement of Pearl Jam's Mike McCready and Ann and Nancy Wilson of Heart

In related news Jimmy says he is looking  forward to taking a more experimental approach to playing his guitar when recording his next project, his first since the completion of the Led Zeppelin reissue series.

'I'm known to play in so many different styles and that's what I am, so I just want to get there and just basically reconnect with all of these things and see what happens,'