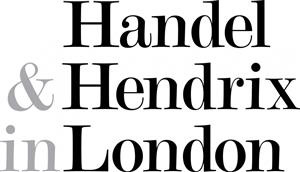 Monday 27th November - Friday 25th May Temporary exhibition Starting on what would have been Jimi Hendrix's 75th birthday, a shard of the Fender Stratocaster that the rock icon smashed at the end of his second headline concert at the Royal Albert Hall on February 24, 1969 will go on temporary display at his old home on Brook Street in Mayfair, London.

The Jimi Hendrix Experience first headlined London's Albert Hall on February 18 1969, but technical problems at their rehearsals left them unprepared, resulting in a lacklustre performance. Returning the next week, at the follow-up Royal Albert Hall gig on 24 February, the band were determined to make up for their previous poor showing. Thankfully, Hendrix was back in form, blasting through some of their finest versions of "Little Wing," "Voodoo Chile," "Foxey Lady" and "Fire." Hendrix then encored with "Purple Haze" and "Wild Thing" before ramming his guitar neck into the amplifier speakers, smashing the guitar and scattering pieces into the audience.
One of those pieces will now make it back to the place where Hendrix was living at the time -his flat in 23 Brook Street where he lived with his girlfriend Kathy Etchingham. The guitar fragment will be returning to London on loan from the Museum of Pop Culture in Hendrix's hometown Seattle, Washington. General admission tickets to Handel & Hendrix in London are £10 and can be booked here - https://handelhendrix.org/