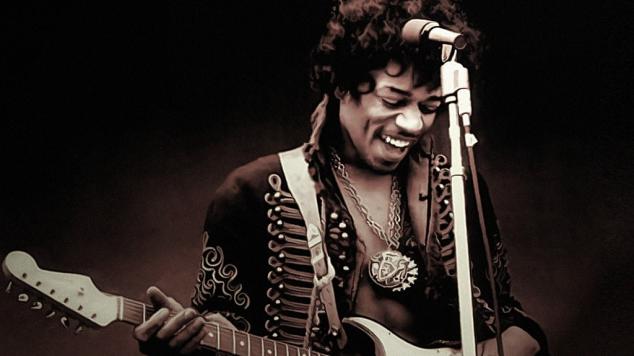 A new exhibition set to open will celebrate Jimi Hendrixassociation with the UK and the rapid rise to fame that occurredafter he arrived in London in 1966.

The exhibit, which is called 'Hear My Train a Comin': Hendrix HitsLondon,' is currently based in Covent Garden's Hospital Club and isscheduled to move to the EMP Museum which is in Seattle sometimeNovember.

The show is spread over 2,500 square feet and will offer thevisitors the chance to witness over 100 genuine Hendrix artefacts,some of which have never been shown in public. Highlights willinclude Hendrix's 'Westerner' hat, the original handwritten lyricsfor 'Love or Confusion', pieces from the guitar he smashed during ashow at the Saville Theater plus original blues recordingsbelonging to him, fan-letters, rare-photographs, clothing andvideo  footage.

'Hear My Train a Comin': Hendrix Hits London, was curated byJacob McMurray, who also developed Jimi Hendrix: An Evolution ofSound, and Nirvana: Taking Punk to the Masses, both of which arecurrently delighting rock 'n' roll fans Stateside at the EMPMuseum.