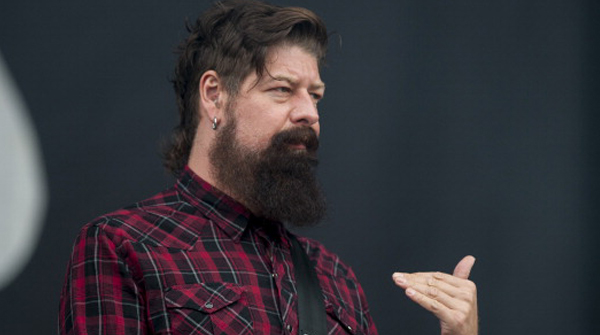 Jim Root has been discussing his departure from Stone Sour last year with The Pulse on Team Rock Radio.

Root left the band in 2006 and 20011, however, his dismissal last year is the first time he was actually fired by his Slipknot compadre, Corey Taylor.

"I spent 12 years helping that band, writing songs for that band and doing things for them. When people conspire and turn their back on you because you have a bigger obligation to get to, it's a little bit like, 'Well, I guess that's that.'

"But when people don't give you any reasons then all you can do is speculate. If people are going to make decisions like that for their career, I honestly would rather get on the life raft and get away from that sinking ship.

"Maybe there's neurotic people who are nervous and don't know what their future is – so they have to make rash decisions to try to make sure they have a future. But that's short-sighted. I tend to look past the end of my nose for my future.

"Hey, if that's what they feel they needed to do so they could go play another month's worth of shows and do a cover record, then more power to you, have fun with that. I know where my passion lies and where my brothers are."

Root goes on to admit it was uncomfortable to reunite with Taylor once he got back to work with Slipknot,

"It made it awkward," he recalls, "but we didn't really have a lot of time to spend together.

"The thing that made it hard was when I had to start talking for myself about what happened. I sat on it for quite a while – until I couldn't sit on it anymore."

However, it appears the pair are prepared to put whatever differences they have aside for the sake of Slipknot.