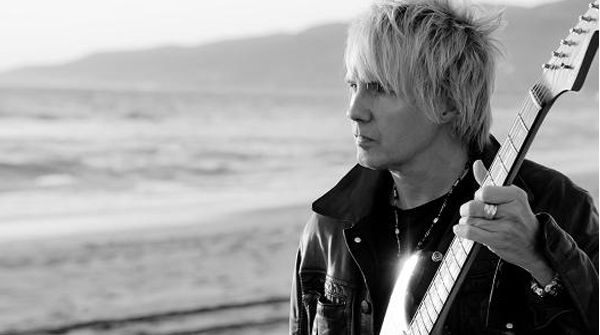 Acclaimed L.A.-based guitarist Jeff Kollman (BombasticMeatballs, Cosmosquad, Glenn Hughes, Mogg/Way) has unveiled hisfirst ever signature pedal. Hand wired with only the bestcomponents, the Kollmanation was developed by Kollman inconjunction with noted tone guru Tim Jauernig, designer of theGristle King and the Luxury Drive among others, with the goal ofcapturing Kollman's signature tone in a box.

"We've been tweaking tones for months now and finally havecaptured an explosive tone that's sounds great in front of Fender,Marshall and Vox type amps. And it's two rad pedals in one box withthe option of switching the order or playing both pedalstogether!"

"The Kollmanation was designed for Jeff to be able to capturea variety of the tones he often uses. He is known for his eclecticstyle that ranges from country tinges all the way to face meltingshred, and usually all at the same time. All with a feel and tonethat is unique and totally his own.  The challenge was to beable to make it so that those tones could be had with a variety ofamplifiers that are often encountered when one plays for a living,travels, and you never know what the backline company might throwat you. With that in mind, it was decided we need twovoices."