Jeff Hanneman Does Not Feature On Slayer Track "Piano Wire" 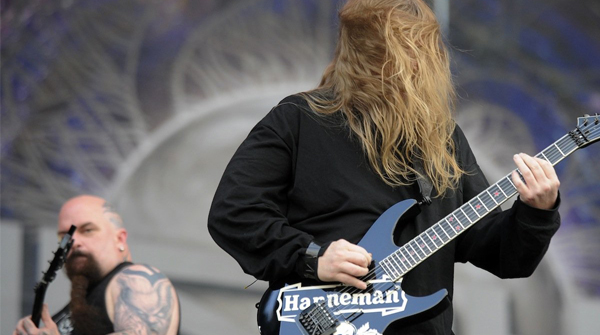 The late Jeff Hanneman will not feature on the forthcoming Slayer record, states co-founder Kerry King.

It had previously been thought that Hanneman's guitar playing would feature on the new record, which will mark the follow-up to "World Painted Blood".

However, while the track "Piano Wire" was composed by Hanneman and recorded during sessions for the 2009 release, he actually didn’t play on the track himself.

In a new interview with Loudwire, King says:

“Jeff Hanneman isn’t physically playing on this record. Piano Wire was recorded last album cycle – but I played all the guitar. I’ve been doing that for years. Since he had no lead on that song, he’s not on it.”

However, King went on to reveal there's still more to be heard from Hanneman:

“One of his last two songs is on it, and we’ve got one left over for the next one,” King says.