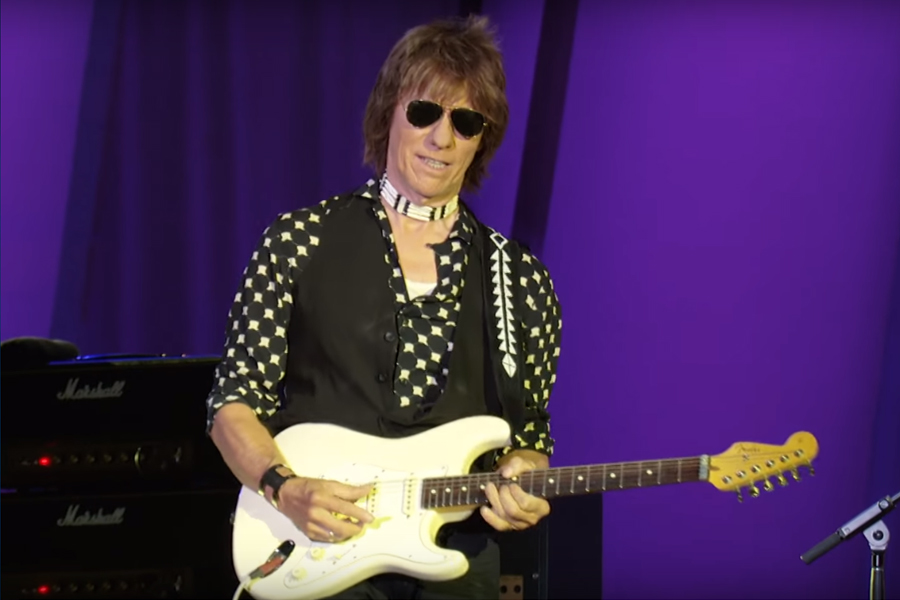 It was last summer when Jeff Beck took to the stage of the famed Hollywood Bowl venue for a sold out show to celebrate 50 years in music.

A year on, Eagle Rock Entertainment has announced plans to release the high profile performance on DVD, Blu-ray and DVD/2CVD later in the year.

The show was a triumph for Beck largely thanks to a stellar line-up of guest appearances which featured Steven Tyler, Billy Gibbons, Jan Hammer, Beth Hart, Jimmy Hall and Buddy Guy.

A statement regarding the release reads;

“This releases captures the moment, in the summer of 2016, when Jeff Beck celebrated 50 years of his musical career with a special concert at the famous Hollywood Bowl.

“A fantastic lineup of guest artists joined him onstage and the show includes For Your Love, Beck’s Bolero, ’Cause We’ve Ended As Lovers, Big Block, Over Under Sideways Down, A Day In The Life, Blue Wind and more.

“The setlist reached back to his first recordings with The Yardbirds in 1966 and came right up to date with tracks from his most recent album Loud Hailer.

“As the evening progressed, he was joined by many of the great musicians he has collaborated with over the years including Billy Gibbons, Buddy Guy, Jimmy Hall, Jan Hammer, Beth Hart and Steven Tyler.”

Jeff Beck Live at The Hollywood Bowl will be released on October 6 via Eagle Rock Entertainment.